We ran and concluded SOG's first Star Wars: Armada, the Jakku Tourney on 27th Dec 2015 at our usual SOG venue at Teck Ghee CC. It was a fantastic start to our 2016 Armada organised play events that saw ten players turn up to vie for the Jakku Tourney champion! We were all excited as this would be the first time Wave 2 ships features in a tournament! 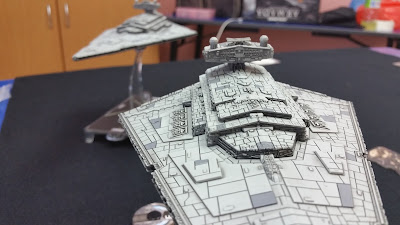 The tourney was ran using FFG's latest tournament guidelines and rules FAQ released in December. There were three swiss rounds, each round players gained tournament points, with the cumulative total tournament points determining tourney winner. As per the tournament rules, the margin of victory is recorded (this proved important for this tourney). 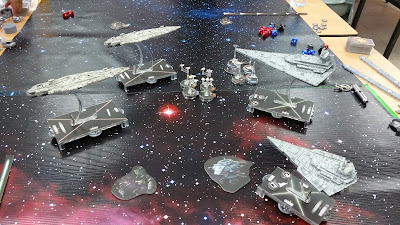 The first swiss round kicked off at 1210hrs, followed by the second at 1430hrs and the last at 1700hrs. Each round is 135mins with time called approximately two hours in allowing every game to finish their current round regardless of how long that took. 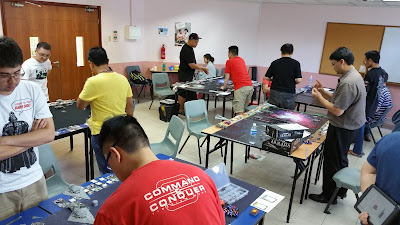 The ten players were as follows, in no particular order:

For the first round, we matched Rebels against Empire fleet admirals as best we could, thereafter pairing was done via FFG tournament rules.


Joshua and Alexander tied for tournament points, so we consulted the Margin of Victory for both players. Alexander had a higher total MoV, making him the winner of the Jakku Tourney!

We also have a Sportsmanship Award which went to Tet Hong Chia! Tet Hong patiently assisted on rules clarifications for other games throughout the tourney and displayed good temperament and enthusiasm in helping others. In fact just about all players displayed examples of good sportsmanship, thank you everyone for making this a pleasant experience for all!

A shoutout goes out to Dickson Vooi for coming down all the way from Kuala Lumpur to take part in our tourney. A great player and hope this is the first of many trips!

Last but not least, a special mention to Darren Tan for generously contributing to the prize pool with official FFG ship cards. Darren is a talented illustrator who has worked with many popular games/universe IPs, including Star Wars and illustrated a number of the X-wing and Armada artwork for FFG. You can see find out more about his work here.

This was the first time SOG conducted a SW: Armada tourney. As organiser I take full responsibility for any inadequacies and mistakes made, and hope to improve next time! Thank you once again to everyone for participating, your patience and your kindness. We will be posting more photos and videos on our website and our Facebook page soon. Look out for our Armada League starting 1st Jan 2016! 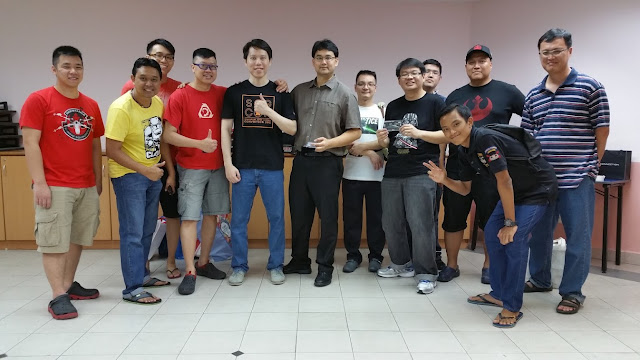