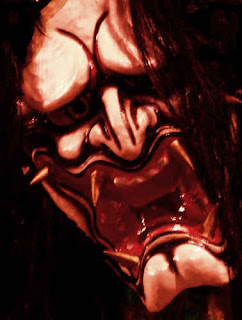 They made plans to get into the castle that night...

And that was it, we never got around to finish what was going to be last part of the scenario before David had to return to the States. Shucks.

Still, I had a rollicking fun GMing and I believe the players had a great time as well. I am going to use this post to to reflect on the game and what went right, what went wrong.

1. Simulation vs the dramatic

Early in the game I fail to do what I preach; roll only when it is dramatic to do so. When David's character, Pierre was attempting to fix his vehicle, I got him to roll dice to see if he succeeds. It was utterly unnecessary. Fixing the motor was not a dramatic moment in the scene. The only reason the motor failed in the first place was highlight how vehicles are not as reliable as the players might expect and to provide an opportunity for the other characters to chat with Pierre out of the scene for a bit. I remember mentally kicking myself when I reviewed the scene after the session.

What would have been dramatic would be if later in the story, the players needed to get away in hurry using the vehicle and the engine stalled yet again, and Pierre is desperately trying to restart it... you get the idea. That would have been an excellent time to pick up the dice and roll. Does Pierre start up in time?

2. Improvisation vs guided storyline, or really it is about themes

I deliberately kept my notes and details on how I want Shadows over Angers (SoA) plot to develop as I wanted the players input and reactions to drive the story. This largely worked well except I realised I lost focus on the some of the themes

I believe themes are very important in a story. You have to know, to have the conviction of what is the story you are trying to tell here. Is it about redemption? Revenge? Inevitable doom? When I started out I knew my inspiration was Lovecraft, M.R. James. I wanted a murder mystery, with the supernatural/cosmic horror as the source of evil and danger. I wanted the players to explore their horror at discovering their world is not as it seems and how helpless (it might appear) to them. I wanted them to feel a sense of creeping terror.

Somewhere along the line I allowed things to go along certain routes that while not wrong or bad for the story, lost a bit of the mood and challenge I was going for. Call of Cthulhu and things which are not meant to be started to give way to Buffy the Vampire Slayer.

Again this is not a bad thing; except for David, the direction was closer to what the rest were interested in pursuing. But it wasn't necessarily the story I was prepared to tell at that time. I only realised it in hindsight. As there was a few weeks break between session I had time to re-orientate myself so in that end it worked up pretty well from a fun perspective.

If I were to do it again I will make my themes clear to the players so as to set their expectations and get their cooperation to focus on those themes in their role-playing of their characters as well.

3. Shadows over Angers is just a little too big to swallow on its own.

The scenario took much longer than I thought. With Shadows over Bogenhafen as inspiration I was fairly certain we could complete it over two sessions of 6-8hrs each. In the end, even without finishing the last part it took a bit longer. Yet, I felt I could not have made it shorter without doing justice to the scope of the scenario. If I were to run SoA again I would think of it as two linked but distinct scenarios, with a definite conclusion to one before going on to the other.  This would allow me to limit the scope in terms of plot and have a tigher game with less scenes and potentially less mental management on my part.

I am looking to restart the scenario in the future with a new group of players most likely. Again a big thank you to David, Iris and Derrick for humouring me and taking part in the game. Till we meet again!