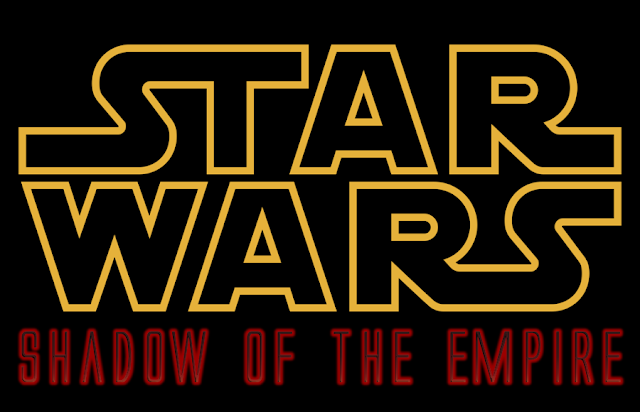 Shadow of the Empire is a one-shot RPG scenario set in the Star Wars universe GMed by Aaron. You can find a dramatis personae of the player characters here.

Below follows an After-Action Report from Cho-Am Nu-sky, the Jedi Knight that went on the mission.

Report on mission to Minase III

The four of us, Hearst, the Jawa, Esuz and myself were transported to Minase III  by Master Kyle Katarn and pilot Jan Ors in the Raven and dropped in a small shuttle in the asteroid belt where the supposedly abandoned station is.

Upon touching down it became clear the station was occupied by Imperial Remnant forces. We dealt with a number of stormtroopers at the outer doors easily and swiftly. Hearst and Esuz changed into two of the stormtrooper armour in our attempt at subterfuge.

Moving into the hangar we discoverd some six Imperial Tie Fighters docked. The Jawa quickly rigged one of them to blow up should we need a diversion later. We observed through viewports after the hangar there is active mining operation going on, and to my surprise it appears the Empire was here to mine Kyber crytals. We took stock of the number of enemy troops, about 12 in total, and formulated a plan to take down their little operation.

The Jawa and Esuz messed with the main door leading into the mining area, while Hearst and myself took to level 2 where two end doors lead into a gangway on either side of the mining operation inside. Tricking them to come out of the door one at a time, Hearst and myself made short work of the stormtroopers on guard there. While below the Jawa finally opened up the door, created some mayhem through some electrocution of the stormtroopers comm system. While the remaining storm troopers rushed to engage Esuz and the Jawa, I made my way from the second level into the mining compound. Esuz did well and cleaned up what stormtroopers weren't taken care of by Hearst and the Jawa. They were never in any real danger to be honest; the stormtroopers couldn't land a hit. The two imperial officers directing their men were unceremoniously smashed by the crane arm, apparently controlled by the Jawa.

At this point, I felt a dark presence as the opposite door opened, an figure in grey and black stepped forward, with a headdress reminiscent of Inquisitors of the Sith when they were hunting Jedi during the Empire years. I leapt at the figure from the gangway in an attack. Powerful she was, with the Dark side. And thanks to Esuz, we managed to deal her some serious injury while being lightly hurt ourselves. But I could tell if she gets to me one on one, I am not her match in a lightsaber duel. At this moment a large rock crashed into the doorway where the Sith was; the work of the Jawa again.

The Sith escaped back into the shadows but I sensed she is not done with us. We eventually moved the rock to move down the corridor to a room with Dark side ornaments and statues. dark tendrils gripped my heart, so strong was the residual Dark side. Hearst and the Jawa managed to retrieve important information from the control system that was there. At the same time I knew we were still in peril and our dangerous adversary was in another chamber just to the side.

We commed Master Kyle Katarn to come pick us up. I gave instructions for Hearst and the Jawa to rendezvous with the Raven while Esuz and I will deal the Sith. Entering the chamber we discovered a series of energy field lining the corridor leading to our opponent who stood before the last energy field brandishing two lightsabers, protecting an imperial crew operating a quad turbo laser. Even as we moved forward we hear from our comms the Raven was facing difficulty as TIE Fighters engaged them.

At this point the energy fields leading to the Sith weren't energised yet, but as Esuz eagerly stepped forward to battle, I was cut-off by an energy field that flares up. Cursing at my apprentice's impatience I could only drop into a meditative pose while hoping Esuz does not get himself killed. Without him, my chances of defeating the Sith were slim.

The fight did not go well, but Esuz held his own. Tense moments passed, as I hear over the comm, Hearst joning the space battle while somehow the Jawa managed to remote control two TIE Fighters from the hangar to assist. Just when it seems the Sith might get the better of my padawan, the energy field dissipated and I leapt forward to assist. Together with my apprentice, we combined our Force-push sending her against the energy barrier. Her face twisted in agony, Esuz moved forward to engage her in a brilliant move that cut off left hand. I moved forward just as she readied her last lightsaber in a defiant attack, executed a wrong-handed swing which decapitated the Sith.

At that moment a tremendous explosion rocked the room where the quad-laser was as it is destroyed, we were fortunately shielded by the energy field.

Esuz and I made our way back to the landing bay posthaste, to discover the Raven waiting to pick us up.

All members of the team did well and my initial misgivings about the Jawa appear misplaced. The documents we retrieved are as attached.